Proposal to the United Nations relating to International Peace and Security to authorize Under Article 96(2) of the Charter of the United Nations.
Hello,
Our research report attached herewith is in conformity with Under Article 1(1) and 7 of the Charter of United Nations and the same maybe authorized by the General Assembly of the United Nations in accordance with U/A 96(2) of the present Charter and U/A 2(2), 5(1),6(2),11(2),13(1), 15(1) (a) (c), 16(2) (a),(b),& 18 of the International Covenant on Economic, Social and Cultural Rights on the basis of U/A 33(1), 55(c), 70, 71,73(a) of the present Charter and accordingly the research paper ought to have been debated with Vatican, World Churches Council, Commission of Churches on International Affairs, Jewish Foundation, Islamic Supreme Councils , researchers of UN and all the International bodies for the following reasons:
“Reporting of world peace solutions between Christians,Jews and Muslims in the world
We are here with attached our research report towards international peace and security for perusal and considerations
Since we are the independent and voluntary researchers with out dependency of finance either from the government or any other agency, on the reasons that we are following Social Justice and Common Goods - Policy Paper of World Council of Churches and also By-laws of the Commission of the Churches on international affairs. Our researchers mainly follow the principles and rules laid down by the above important policy and rules.
Under Articles 2.4, 3.6, 3.10&11, 8.1(b) of the By-laws of the Commission of the Churches on international affairs, we have posted our research report in United Nations Global Compact which containing of solving of problems between Christians, Jews, Muslims and Hindus in the world. In accordance with Articles 3.12 of the above By-Laws, it is a duty of commission of Churches to maintain and provide for the maintenance of contacts with International bodies such as the United Nations and its agencies include regional bodies and other non governmental Organisations, which will assist in the attainment of the aims of the Commission. The matter has being brought it to the notice of the World Churches Council and the Commission of the Churches asked its notice on the matter to the United Nations for your appropriate decisions.
The World Churches Council Policy Paper on Social Justice and Common Goods is the best policy to the World peace and unity solutions, which has been published on 22 March 2011 and the same is in accordance with Psalm 85. The Church cannot succeed if it, isolates itself, Not only must Christians reach out to Muslims and other faiths in the spirit of ecumenism, but there is a need to embrace other people of different philosophical convictions. This requires ideological tolerance, maturity and self assurance in what one believes in. Such coalition building is made easier by choosing issues that unite organizations and movements and which have less potential causing divisions. At the same time we need an honest and inventive method of dealing with differences. The global movement for economic justice relies considerably on policy analysis and research conducted by hundreds if not thousands of academics researchers and scholars.
Our consequences of the changing power relations in today's world is that there is more room in the public sphere for the affirmation of collective values and principles, experience proves that an informed public opinion can be powerful today, and can change governments public and international agendas. Again Churches are challenged to make use of this opportunity. They need to read the signs of time and to make their voices heard by responding to peoples cries for justice and dignity, and by speaking truth to the powers- whoever and wherever their may be.
Christians do not have ready made answers and solutions to propose. The Bible offers guidelines (love, sharing, justice for the poor) but does not defined one "Christian" economy or "Christian

Page 403 - There is hereby authorized to be appropriated without fiscal year limitation, for the United States share in the increase in the resources of the fund for Special Operations of the Bank, the sum of $900,000,000.
Appears in 77 books from 1936-2006

David A. Lake is Professor of Political Science at the University of California, San Diego.

Michael J. Tierney is Assistant Professor in the Department of Government at The College of William & Mary. 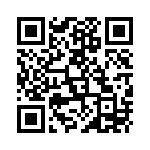