Page 1 - LAST NIGHT i WAS in the Kingdom of Shadows. If you only knew how strange it is to be there. It is a world without sound, without colour. Everything there — the earth, the trees, the people, the water and the air — is dipped in monotonous grey. Grey rays of the sun across the grey sky, grey eyes in grey faces, and the leaves of the trees are ashen grey. It is not life but its shadow, it is not motion but its soundless spectre.
Appears in 31 books from 1960-2007

Daniel Frampton is a London-based writer and filmmaker and the founding editor of the online salon-journal, Film-Philosophy.com. 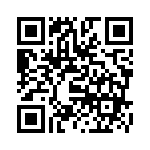