David E. Lewis was born and educated in South Australia, where he took a first-class degree of B.Sc. (Hons.), and a Ph.D. degree in organic chemistry from the University of Adelaide under R. A. Massy-Westropp, working in the area of natural products structure determination. After completing his Ph.D. research, Lewis moved to the United States in December, 1976. At Arkansas, he worked as Research Associate at the University of Arkansas under Leslie B. Sims and Arthur Fry, working in the area of kinetic isotope effects and physical organic chemistry. Two years later, he was appointed as Lecturer in Chemistry at Arkansas. In 1980, he moved to the University of Illinois at Urbana-Champaign as Visiting Assistant Professor, working with Kenneth L. Rinehart, Jr., in the area of organic synthesis. In 1981, he moved to his first tenure-track position as Assistant Professor of Chemistry at Baylor University in Waco, Texas; he was promoted to Associate Professor in 1988. In 1989, he moved to South Dakota State University, in Brookings, South Dakota, as Associate Professor of Chemistry; he was promoted to Professor of Chemistry in 1993. In 1997, he moved to the University of Wisconsin-Eau Claire as Professor and Chair of Chemistry; he stepped down as Chair in 1999. Lewis' research interests in organic synthesis may be broadly defined as applied organic chemistry, ranging from applications of fluorescent dyes in engineering and biology, to the synthesis of new compounds with potentially useful biological activity. He has had a two-decade interest in the history of organic chemistry in pre-revolutionary Russia, and it is this interest that has led to this volume. Lewis is a long-time member of the American Chemical Society, where he has served as Chair of the Division of the History of Chemistry, and is a Fellow of the Royal Australian Chemical Institute. He is the holder of 18 U.S. and international patents, and has published over 65 research articles, book chapters, and books. 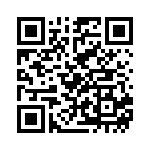