Saul Kassin is a Distinguished Professor of Psychology at John Jay College of Criminal Justice. Born and raised in New York City, he graduated from Brooklyn College. After receiving his PhD from the University of Connecticut, he spent time at the University of Kansas, Purdue University, the Federal Judicial Center, Stanford University, and Williams College. He is an author or editor of several books including: Psychology; Developmental Social Psychology; The American Jury on Trial; and The Psychology of Evidence and Trial Procedure. Interested in social-psychological causes of wrongful convictions, Dr Kassin pioneered the scientific study of false confessions. His work is cited all over the world, including by the U.S. Supreme Court. He has received several awards for his work on false confessions and has served as a consultant in a number of high profile cases. He has also appeared as a media consultant for all major news networks and in a number of documentaries, including Ken Burns' 2012 film, The Central Park Five.

Steven Fein is Professor of Psychology at Williams College, Williamstown, Massachusetts. Born and raised in Bayonne, New Jersey, he received his A.B. from Princeton University and his PhD in social psychology from the University of Michigan. He has been teaching at Williams College since 1991, with time spent teaching at Stanford University in 1999. His edited books include Emotion: Interdisciplinary Perspectives; Readings in Social Psychology: The Art of Science and Research; Motivated Social Perception: The Ontario Symposium; and Gender and Aggression: Interdisciplinary Approaches. He recently completed a term on the executive committee of the Society of Personality and Social Psychology. His research interests concern stereotyping and prejudice, suspicion, and sociocultural and motivational influences on person perception.

Hazel Rose Markus is the Davis-Brack Professor in the Behavioral Sciences at Stanford University. She also co-directs the Stanford Center for Comparative Studies in Race and Ethnicity. Before moving to Stanford in 1994, she was a professor at the University of Michigan, where she received her PhD. The focus of her work is the sociological shaping of mind and self. Born in England of English parents and raised in San Diego, California, she has been persistently fascinated by how nation of origin, region of the country, gender, ethnicity, race, religion, and social class shape self and identity. With her colleague Shinobu Kitayama at the University of Michigan, she has pioneered the experimental study of how culture and self influence one another. Dr Markus was elected to the American Academy of Arts and Sciences in 1994 and is a Fellow of APS, APA, and Division 8. Some of her recent co-edited books include Culture and Emotion: Empirical Studies of Mutual Influence; Engaging Cultural Differences: The Multicultural Challenge in Liberal Democracies; and Just Schools: Pursuing Equal Education in Societies of Difference.

Kerry Anne McBain is the Head of Psychology and Course Coordinator of the Undergraduate Psychology Program at James Cook University. She lectures in Psychology and her research spans the broad areas of social, environmental and developmental psychology. Her current research interests lie in the areas of interpersonal communication, adult attachment and the formation and structure of the relationships we form with the places in which we live and the network of people and pets that share those places with us. Her focus on the application of research-based practice directly reflects the changing and trending nature of the global community in which we live and the cultural, social and geographic environment through which human services are delivered.

Lisa Williams is a lecturer in the School of Psychology at the University of New South Wales, teaching across all levels of undergraduate psychology. She is highly active in both research and teaching. Whether teaching small seminars or large lectures, she aims to impart a passion for the field of social psychology. Her research focuses on how emotions shape, and are shaped, by social factors and behaviours. Specifically, her research considers the adaptive functions of social emotions such as pride and gratitude. Her research is funded by the Australian Research Council. 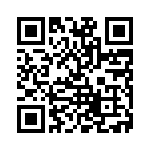