A co-author of the book Whose Music? A Sociology of Musical Languages, he has also been involved in developments in creative music education and recently designed and realized the 54-channel Soundscape of the Jorvik Viking Centre multimedia museum, the first of its kind in the UK. He is currently developing a software package to control the motion of several sound-sources in space. 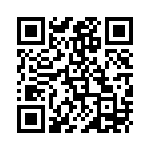