Henry James (~1846-1916) was a New Yorker turned Brit who was known for several literary accomplishments. Among them, two resonate for the ages: his novels and literary theory. In The Turn of the Screw, James examines the troubled relationship of a Victorian governess and her two charges.
The story is an account of a young governess who resolves the deep, dark issues in the lives of her two young pupils, Miles and Flora. They are seemingly haunted by the ghosts of their former governess and male accomplice. It's never clear what they did to the children, but their impact was clearly negative--to the point that Miles gets kicked out of school. In the end, our heroine courageously confronts the demons and duplicitous Miles, who perishes in her arms. This is a tragedy which addresses many issues of child care, education, and adult relationships.
James, the novelist, was a prolific writer who aimed at representing life in its real light and context. His stories, like The Turn of the Screw, exemplify the attention to detail and keen perception of human nature. During this story of suspense and literally untold horrors, it soon becomes evident that all characters exist in a very real environment--full of doubt, questions, fear, loyalty, and despair. The author allows all characters to experience these base emotions, within their own capabilities and realities.
James, the theorist, believed that novels--as all art--existed to benefit life in a practical sense. Novels existed to broaden the experience of the readers' lives by providing them new experiences and/or aspects of those already visited. This concept is in stark contrast to those who, like Oscar Wilde, believed that art is for its own sake.
James' work and stories reflect a time long gone but which can still teach a lot about the human experience. His acute observations of human character and psychology were unprecedented and set the stage for modern English novels. The realities in his stories were less described in physical terms and more in terms of the emotions of his characters. This is his true contribution to English literature.

Page 205 - And what on earth -?' I felt her incredulity as she held me. 'Why all that we know - and heaven knows what more besides!
Appears in 43 books from 1898-2008
Page xxi - One's artistic, one's ironic heart shook for the instant almost to breaking"; and he answered: "It was 'deja tres-joli' . . . please believe, the general proposition of our young woman's keeping crystalline her record of so many intense anomalies and obscurities — by which I don't of course mean her explanation of them, a different matter.
Appears in 63 books from 1908-2008
More
Page 275 - ... time was perhaps so extraordinary as that in which I consciously threw out to her, with the sense that - pale and ravenous demon as she was, she would catch and understand it - an inarticulate message of gratitude. She rose erect on the spot my friend and I had lately quitted...
Appears in 43 books from 1898-2007
Page xx - I need scarcely add after this that it is a piece of ingenuity pure and simple, of cold artistic calculation, an amusette to catch those not easily caught (the "fun" of the capture of the merely witless being ever but small), the jaded, the disillusioned, the fastidious.
Appears in 73 books from 1908-2007
Page 152 - I was much there that year — it was a beautiful one; and we had, in her off-hours, some strolls and talks in the garden — talks in which she struck me as awfully clever and nice. Oh yes; don't grin: I liked her extremely and am glad to this day to think she liked me too. If she hadn't she wouldn't have told me.
Appears in 74 books from 1898-2008
Page xviii - The thing had for me the immense merit of allowing the imagination absolute freedom of hand, of inviting it to act on a perfectly clear field, with no "outside" control involved, no pattern of the usual or the true or the terrible "pleasant" (save always of course the high pleasantry of one's very form) to consort with.
Appears in 37 books from 1908-2008
Page 149 - I quite agree— in regard to Griffin's ghost, or whatever it was— that its appearing first to the little boy, at so tender an age, adds a particular touch. But it's not the first occurrence of its charming kind that I know to have involved a child. If the child gives the effect another turn of the screw, what do you say to two children—?" "We say, of course," somebody exclaimed, "that they give two turns! Also that we want to hear about them.
Appears in 70 books from 1898-2007
Page 193 - ... his hair. His eyebrows are somehow darker; they look particularly arched and as if they might move a good deal. His eyes are sharp, strange - awfully; but I only know clearly that they're rather small and very fixed. His mouth's wide and his lips are thin, and except for his little whiskers he's quite cleanshaven. He gives me a sort of sense of looking like an actor.
Appears in 66 books from 1898-2008
Page 279 - ... on which what had occurred had as yet, for the eye, dropped neither stain nor shadow. To mark, for the house, the high state I cultivated I decreed that my meals with the boy should be served, as we called it, downstairs; so that I had been awaiting him in the ponderous pomp of the room outside the window of which I had had from Mrs. Grose, that first scared Sunday, my flash of something it would scarce have done to call light. Here at present I felt afresh — for I had felt it again and again...
Appears in 84 books from 1898-2008
Page 204 - ... picked up a small flat piece of wood, which happened to have in it a little hole that had evidently suggested to her the idea of sticking in another fragment that might figure as a mast and make the thing a boat. This second morsel, as I watched her, she was very markedly and intently attempting to tighten in its place.
Appears in 51 books from 1908-2006
Less 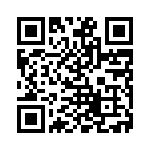