Born into a family of Athens's old nobility claiming descent from the Homeric hero Ajax of Salamis, Thucydides pursued a political career under Pericles and served as a general in the Great Peloponnesian War of 431--404 b.c. His subsequent exile for failure to prevent a Spartan takeover of an Athenian colony in Thrace enabled him to observe the war from both sides. In his history of the war, he examines the policies and motives of the people involved with a calculated rationality that nevertheless conveys great passion. Although his narrative style is lucid and astringent, the language of the speeches that he gives his protagonists is some of the most difficult, yet rhetorically powerful, Greek from any period of antiquity. The work is deeply serious in tone. As Thucydides tells his readers at the beginning of the work, it contains nothing of entertainment value. He meant it, as he says, to be not simply a set-piece written for the delectation of an audience, but a "possession for ever." As Herodotus was the inventor of universal history, Thucydides was the inventor of the analytical historical monograph. He wrote in conscious contrast to Herodotus, whose work is full of entertaining fable and romance. While Herodotus wrote about the past by using all manner of traditions gleaned in his travels, Thucydides considered only contemporary history to be reliable and writes as an interrogator and witness of contemporary men and events. The gods, too, are absent from Thucydides's work, which scrutinizes human motivations as the exclusive business of history. The most powerful intellectual influences visible are the fully rational method of description and prognosis developed by the Hippocratic physicians and the tools of logical analysis and verbal argument then being forged by the Sophists. Behind these, however, lay a sense of tragedy. The history of Thucydides possesses the rhythm of a Sophoclean drama of reversal of fortune in which Athens falls from the pinnacle of imperial success and brilliance into political corruption, ruthless and amoral imperial aggression, and finally utter defeat and disaster. Athens's imperial hubris leads to its nemesis at the hands of Sparta, a conservative and landlocked state that had been powerless at the beginning of the war to inflict significant harm on the Athenians. Thucydides's work is unfinished. It ends abruptly in midsentence during a discussion of the events of the year 411 b.c. It was continued to the end of the war by Xenophon. Although very much the intellectual inferior of Thucydides, Xenophon managed by imitation to infuse this part of his Hellenica (his continuation to 362 b.c. of the history of Thucydides) with an elevation absent in the rest of his work. Until relatively recently, scholars took Thucydides at his word as an objective writer. More recently it has been recognized that his work skillfully promotes a patriotic and political argument, written in the climate of postwar recriminations. He presents Athens's empire as a natural consequence of the position of that city-state in the Greek world and the Athenian leader Pericles as Athens's greatest statesman, a leader who had governed Athens and preserved the empire with a firm and intelligent hand. Thucydides wanted to persuade his readers that Pericles was not the villain who destroyed Athens, that the blame fell to the politicians who came after him and pandered to the most extreme ambitious of the common citizens, the politicians who were the ultimate arbiters of policy in Athens's democracy. Some modern historians remain persuaded by Thucydides's portrait of Pericles and the Athenian democracy, but others argue from Thucydides's own testimony that Pericles led Athens into an unnecessary war in the belief that the opportunity had arrived to advance Athenian domination over the whole of the Greek world. 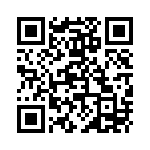