Every now and then, disillusioned by modern literature, I return to Dickens. I have just read "Our Mutual Friend" Dickens wonderful word pictures of people, every character vivid and believable is far beyond anyone writing today. Read full review

Bleak House is a novel of immense drama and, yes, heart-rending bleakness. Too many innocent people are ruined by the desolate pains surrounding the inhabitants of Bleak House, from a list of unavoidable circumstances.
Young Esther Summerson, our heroine, looks upon Mr. Jarndyce as her guardian and protector. As the Jarndyce and Jarndyce lawsuit continues on in Lincoln's Inn Hall year after year, it wrecks many a man involved in British law. Although it is Mr. Jarndyce and his family's business that tangles the infamous lawsuit, his interests do not lie with it. Instead, one of Esther's dearest friends, Richard, takes on the role of lawyer upon his shoulders; although his eager and young mind hopes to settle matters that have remained snarled for decades, he pays a terrible price.
Lady Dedlock is a haunted woman, with her secret always lurking around the corner, ready to be exposed. What she didn't even know was that her child did not die at birth, but has actually been kept alive for all these years since, unbeknownst to her. As her story plays out, the reader finds the moral in not keeping secrets.
Jo, a boy destined merely for the streets, fulfilling the only predetermined path his existence could lead to. Mr. Bucket, the detective who happens to be in just the right place to put the pieces together of a very large event on the whole; a man of whom Sherlock Holmes could approve of. Ada, a blessed girl who finds herself directly in the center of Bleak House's most terrible moments, but provides the friendship that Esther Summerson so needs.
Esther Summerson, who simply aims to do the best she can in her situation, just like us all. Through all the emotion, surprises, and heartbreaking news, she's a trooper, that Dame Durden.
As these lives and more twist together in connective plots that are so intricate, you see what the real of existence of humanity is degraded to, and yet, what we could be.
Personally, Bleak House didn't become my favorite Dickens novel, but it certainly is a well-written piece of Victorian literature.
- - - - - - - - - -
Mr. Jarndyce called me into a small room next his bed-chamber, which I found to be in part a little library of books and papers and in part quite a little museum of his boots and shoes and hat-boxes.
"Sit down, my dear," said Mr. Jarndyce. "This, you must know, is the growlery. When I am out of humour, I come and growl here."
"You must be here very seldom, sir," said I.
"Oh, you don't know me!" he returned. "When I am deceived or disappointed in—the wind, and it's easterly, I take refuge here. The growlery is the best-used room in the house. You are not aware of half my humours yet...."

Page 13 - So when they continued asking him, he lifted up himself, and said unto them, He that is without sin among you, let him first cast a stone at her.
Appears in 780 books from 1755-2008
Page 1 - Fog everywhere. Fog up the river, where it flows among green aits and meadows; fog down the river, where it rolls defiled among .the tiers of shipping, and the waterside pollutions of a great (and dirty) city. Fog on the Essex marshes, fog on the Kentish heights. Fog creeping into the cabooses of collier-brigs; fog lying out on the yards, and hovering in the rigging of great ships; fog drooping on the gunwales of barges and small boats.
Appears in 202 books from 1821-2007
More
Page 1 - Foot passengers, jostling one another's umbrellas, in a general infection of ill-temper, and losing their foot-hold at street-corners, where tens of thousands of other foot passengers have been slipping and sliding since the day broke (if this day ever broke), adding new deposits to the crust upon crust of mud, sticking at those points tenaciously to the pavement, and accumulating at compound interest., Fog everywhere.
Appears in 150 books from 1821-2007
Page 4 - The raw afternoon is rawest, and the dense fog is densest, and the muddy streets are muddiest, near that leaden-headed old obstruction, appropriate ornament for the threshold of a leaden-headed old corporation: Temple Bar. And hard by Temple Bar, in Lincoln's Inn Hall, at the very heart of the fog, sits the Lord High Chancellor in his High Court of Chancery.
Appears in 158 books from 1821-2006
Page 1 - ... out on the yards, and hovering in the rigging of great ships; fog drooping on the gunwales of barges and small boats. Fog in the eyes and throats of ancient Greenwich pensioners, wheezing by the firesides of their wards; fog in the stem and bowl of the afternoon pipe of the wrathful skipper, down in his close cabin; fog cruelly pinching the toes and fingers of his shivering little 'prentice boy on deck. Chance people on the bridges peeping over the parapets into a nether sky of fog, with fog...
Appears in 148 books from 1821-2007
Page 156 - As on the ruined human wretch vermin parasites appear, so these ruined shelters have bred a crowd of foul existence that crawls in and out of gaps in walls and boards; and coils itself to sleep, in maggot numbers, where the rain drips in...
Appears in 112 books from 1852-2008
Page 1 - Implacable November weather. As much mud in the streets, as if the waters had but newly retired from the face of the earth, and it would not be wonderful to meet a Megalosaurus, forty feet long or so, waddling like an elephantine lizard up Holborn Hill.
Appears in 222 books from 1821-2008
Page 13 - Watch ye therefore ; for ye know not when the Master of the house cometh, at even, or at midnight, or at the cock-crowing, or in the morning; lest, coming suddenly, he find you sleeping. And what I say unto you, I say unto all Watch.
Appears in 485 books from 1803-2007
Page 386 - The one great principle of the English law is, to make business for itself. There is no other principle distinctly, certainly, and consistently maintained through all its narrow turnings. Viewed by this light it becomes a coherent scheme, and not the monstrous maze the laity are apt to think it. Let them but once clearly perceive that its grand principle is to make business for itself at their expense, and surely they will cease to grumble.
Appears in 66 books from 1853-2007
Page 272 - Got on, got another, get a living by it !" George remarks that she looks as fresh as a rose, and as sound as an apple. " The old girl,
Appears in 53 books from 1821-2007
Less 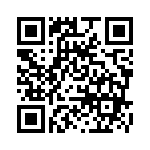