Jonathan Lynn's prolific career spans more than four decades as a director, screenwriter, producer and actor in films, television and theatre, as well as best-selling author and novelist. Lynn's novels include Mayday and, with Antony Jay, The Complete Yes, Minister and Yes, Prime Minister, Volumes 1 and 2 which cumulatively sold more than a million copies in hardback, were on the British top-ten bestseller list for three years and have been translated into numerous languages. Jonathan Lynn is the Director of The West End Production of Yes, Prime Minister. 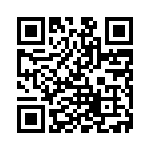