Mikhail A. Fedonkin is the head of the Precambrian Laboratory at the Russian Academy of Sciences. James G. Gehling is the senior curator at the South Australian Museum. Kathleen Grey is the chief paleontologist at the Geological Survey of Western Australia. Guy M. Narbonne is a professor and Queen's Research Chair at Queens University, Canada. Patricia Vickers-Rich holds a personal chair of paleontology and is founding director of the Monash Science Centre at Monash University in Australia. 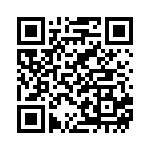