Fred Rosenbaum is the Founding Director of Lehrhaus Judaica, the largest school for adult Jewish education in the American West, and the author of Visions of Reform: Congregation Emanu-El and the jews of San Francisco, among other books. He has also taught modern Jewish history at the Graduate Theological Union, the University of San Francisco, and San Francisco State University. Rosenbaum is the award-winning author of seven books on Bay Area Jewish history and the Holocaust including most recently, with Eva Libitzky, Out on a Ledge: Enduring the Lodz Ghetto, Auschwitz, and Beyond. 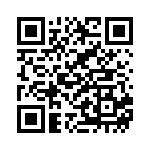