If you love music, play music, have an interest in audio technology, and have ever wondered how we got here, this will be an endlessly fascinating read. We are at the beginning of a new era that holds ... Read full review

It was billed as Edison Day--Thursday, October 21--a celebration of the thirty-sixth anniversary of Thomas Alva Edison''s invention of the incandescent lamp. By 1:30 in the afternoon, ninety minutes before Edison was to be honored in Festival Hall (home of the world''s second-largest pipe organ), its 4,000 seats were filled, leaving 10,000 people stranded in the streets outside. "From the day that he first made an incandescent lamp glow," Charles Moore announced from the stage, "his name has been stamped on history''spages in a plane by himself. It is fitting that he should come here and we should burn incense to him." As Moore read a series of telegrammed tributes, Edison, by this point in his life nearly completely deaf, whispered to his wife, "I''m glad I can''t hear him. I''d feel so foolish." When Moore finished speaking, it was time for Edison to receive an honorary medal. As his wife attempted to pull stray threads off his coat, Edison rose and walked slowly to the stage, trailed by Thomas Insull, his secretary. The crowd was surprised to discover that Edison had nothing to say to them. That had been one of his conditions for participating in this tribute, that he not have to say a word. Instead, he let Insull do the talking. As Insull delivered a speech praising his boss, Edison sat with his head down, occasionally cracking a small smile. When it was over, as he left the hall, a riot nearly broke out, as people jumped over barricades and sprinted past guards to try to shake the old man''s hand. (In the confusion, Edison somehow lost his hat.) He was driven to the Court of the Universe, where he was named Man of the Century. Then it was on to the AT&T exhibit at the Palace of Liberal Arts. Back in West Orange, New Jersey, where it was already evening, 162 of Edison''s friends and family were gathered at his home, waiting for a connection to San Francisco to be made over the recently completed transcontinental telephone line. Outside, 5,000 tiny lights were strung along the street, and spotlights swept the sky. Edison perked up a little. He''d been looking forward to this part of the day, ever since Miller Reese Hutchinson, the chief engineer at Edison Laboratories, had come up with a novel way to show off the Edison Diamond Disc Phonograph. At 5:15 on the West Coast, 8:15 in the East, the chief engineer of Edison Labs announced from West Orange, "Mr. Edison is on the wire." The guests in West Orange picked up telephone receivers fastened to their chairs and heard Edison confirm the connection. Hutchinson delivered a speech without opening his mouth or tapping a telegraph. He''d prerecorded it onto a Diamond Disc, which he now placed on a phonograph next to his phone. The disc spun and Hutchinson''s voice was heard: We are all distinctly Edison. This address, for instance, is being made to you by your greatest favorite, the Edison Diamond Disc Phonograph. An Edison Granular Carbon Telephone Transmitter istransforming the sound waves into electrical impulses which, after following the tortuous paths of copper beneath rivers and bays, over valleys, deserts, plains and mountains, are being reproduced in San Francisco as articulate speech ... By the invention of your friend, Dr. Alexander Graham Bell, speech may now be transmitted all over the world, and through th 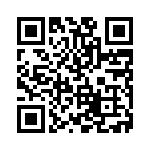