For more than two hundred years controversy has raged over the reliability of the Old Testament. Questions about the factuality of its colorful stories of heroes, villains, and kings, for example ... Read full review

This book is a polemic: it's proposition is that the documents of the Hebrew Bible properly reflect the times they purport to be writing about. The author proceeds to amass textual, archaeological and ... Read full review 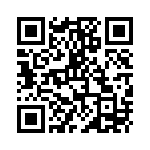