Brian J. Collins, PhD, is an Air Force colonel currently on the faculty of the Industrial College of the Armed Forces at the National Defense University, Washington, DC. He has served in a variety of flying and staff jobs, worked on NATO and European issues at the Joint Staff, was the director of flight testing during NATO AWACS modernization, and was an advisor on Soviet/Russian and East European issues at SHAPE in the early 1990s. Colonel Collins received his degree from Georgetown University and recently published Behind the Cyberspace Veil: The Hidden Evolution of the Air Force Officer Corps. 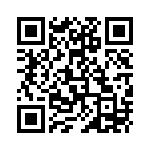