Dr Arpan K Banerjee qualified in medicine from St Thomas's Hospital Medical School in London, UK. He was appointed a consultant Radiologist at Birmingham Heartlands Hospital in 1995 and was also appointed an Honorary Clinical Senior Lecturer at the Birmingham Medical School that year. From 2005 to
2007 he was president of the Radiology Section of the Royal Society of Medicine, London where he continues to serve on the Council. In 2012 he was appointed Chairman of the British Society of the History of Radiology of which he is a founder member and council member. He is a founder member and
Treasurer of the International Society for the History of Radiology (ISHRAD). In 2011 he was appointed a member of the scientific programme committee of the Royal College of Radiologists. He is the author/co-author of 6 books including "Radiology Made Easy", and over a hundred articles including
over 50 peer reviewed papers on medical, radiological and medical historical topics. 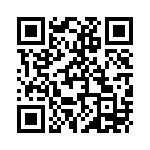