Shabat or Shabait, which he heard of in India. It was a very large place on the Indian seas, two months' voyage from Dabul, one month's voyage from Ceylon, and twenty days from Pegu. P. 324 +++++++++++++ From Kaulam I went to Calicut, where I remained some days. I intended at first to return to Dehli, but on second thoughts I had fears as to the consequences of such a step. So I embarked again, and after a passage of 28 days, I arrived at ZHAFÁR.[1] This was in the month of Moharram, of the year 48 (April or May, 1347).[2] I took up my quarters with the city preacher, 'Isa Ibn Thátha. P.513 ///////// [1] Zhafar or Dhofar, one of the now decayed ports of Arabia, on the coast of Hadhramaut. It is spoken of by Marco Polo as a beautiful, large, and noble city (iii, 41), but probably from report only. Ibn Batuta seems chiefly struck by the flies and stench in the bazar (ii, 196). [2] At p. 425 I have pointed out generally that this date is inconsistent with previous statements. Let me sum up the intervals assigned to the different sections of his expedition to China : Those previous statements would make the time of his second visit ///////////// to the Maldive Islands fall at least as late as August, 1346. He is 43 days on the voyage thence to Chittagong, and 40 days on that from Sonarganw to Sumatra. It is not stated how long was the intervening time spent in Bengal, but he waited at Sumatra a fortnight, " till the right season for the voyage to China had arrived," and this must have been the termination of the N.E. monsoon, about March, 1347; or the commencement of the S.W. monsoon, a little later. The voyage to China occupies time as follows :—To Mul-Jaws 21 days, stay there 3 ; to the Calm Sea 34, on that sea to Tawalisi 37, stay there say 3 ; to Zaitun 17, total 115 days, and time of arrival about July or August. The interval occupied by his journey in China may be thus estimated : stay at Zaitun probably not less than 10 days, voyage to Canton 27, stay there 14, back say 27, stay again at Zaitun say 4: journey to Kanjanfa 10, stay there 15; to Baiwam Kotlu 4, to Khansa 17, stay at Khansa at least 20; to Khanbalik 64, stay there not specified, but probably not less than 60 days: voyage back to Zaitun say the same as before, omitting stoppages, i.e. 95 days. This makes the whole time over which his travels in China extended 367 days, and would bring the season of his sailing for India again to July or August. His voyage as far as Sumatra then occupies 112 days, he passes about 60 days there, is 40 days in sailing to Kaulam, stops a while, say 15 days, at Kaulam and Calicut, and reaches Zhafar in a voyage of 28, in all 255 days, which brings us to March or April, agreeing with the time assigned in the text for his arrival at Dhafar, but April in 1349, not April in 1347. The former date is, however, quite inconsistent with that assigned for his arrival in his native country (November, 1349) ; nor would perhaps even Apri11348 allow the traveller of thosedays to accomplish all that Ibn Batuta did in the interval, especially as he gives several consistent intermediate dates between his arrival at Dhafar and his reaching Fez. P.514 ++++++++++++++++++++++++++++++++++++++++++++++++++++++++++++++ sometimes words missused ::::::::::::::::: The journey from Attok to Peshawur is said to have occupied two months. Now, as the distance is about thirty miles, this is absurd. It is, therefore, not improbable that it may have been entered in Goes's notes as "11 mensil" (Pers. manzil, a stage or march), and that this was understood by the Italians as "II menses." P.538

Page 475 - ... ground before the Amir, and said something to him in Chinese. The Amir gave some order in reply, and our friend then took the lad's limbs, laid them together in their places, and gave a kick, when, presto! there was the boy, who got up and stood before us! All this astonished me beyond measure, and I had an attack of palpitation like that which overcame me once before in the presence of the Sultan of India, when he showed me something of the same kind. They gave me a cordial, however, which cured...
Appears in 31 books from 1844-2006
Page 292 - China is perfectly safe, whether by day or night, according to what the merchants say who have used it. Only if the merchant, in going or coming, should die upon the road, everything belonging to him will become the possession of the lord in the country in which he dies.
Appears in 29 books from 1866-2006
More
Page 473 - China is the safest as well as the pleasantest of all the regions on the earth for a traveller. You may travel the whole nine months...
Appears in 12 books from 1866-1998
Page 473 - Chinese so long ago, though without the aid of photography, had anticipated a modern expedient of the detective police : — " As regards painting, no nation, whether of Christians or others, can come up to the Chinese ; their talent for this art is something quite extraordinary. I may mention, among astonishing illustrations of this talent of theirs which I have witnessed myself, viz., that whenever I have happened to visit one of their cities, and to return to it after...
Appears in 11 books from 1844-2002
Page 294 - And this money is called balishi, and with this money you can readily buy silk and all other merchandise that you have a desire to buy. And all the people of the country are bound to receive it. And yet you shall not pay a higher price for your goods because your money is of paper.
Appears in 23 books from 1866-2006
Page 474 - The conjuror then called to him three times, but getting no answer he snatched up a knife as if in a great rage, laid hold of the thong, and disappeared...
Appears in 35 books from 1844-2006
Page 378 - ... or carried, contained within salt, sugar, musk, and lamp-oil, or whatever it be, viz., within the river-mouth of Codungalur and the tower, or between the four Talis (temples of the deputy...
Appears in 10 books from 1866-1998
Page 473 - The harbour of Zaitun is one of the greatest in the world — I am wrong ; it is the greatest ! I have seen there about an hundred first-class junks together ; as for small ones, they were past counting.
Appears in 29 books from 1834-2006
Page 294 - Genoese pounds. You may reckon also that from Tana to Sara the road is less safe than on any other part of the journey; and yet even when this part of the road is at its worst, if you are some sixty men in the company you will go as safely as if you were in your own house. Anyone from Genoa or from Venice, wishing to go to the places above-named, and to make the journey to Cathay, should carry linens with him, and if he visit Organci he will dispose of these well. In Organci he should purchase sommi...
Appears in 13 books from 1866-1978
Page 331 - Church is not a sage ; his garrulous reminiscences show an incontinent vanity, and an incoherent lapse from one subject to another, matched by nothing in literature except the conversation of Mrs. Nickleby. But he...
Appears in 9 books from 1832-1923
Less 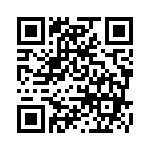