A comprehensive treatment of a unique subject with beautiful paintings by the author / illustrator. I'm very proud of this title. Read full review

Born in Glendale Ca into a career Navy Family..I grew up on and around ships and naval stations...I went aboard a USN ship ( the Fleet Tug USS Sarsi ATF111) with my father for the first time at age 1 years in Jun 1951.....I went to sea a year later for the first time as a dependent with my family aboard the USNS Barrett T-AP 156 to Guam returning, to the US aboard the USNS Aultman T-AP152 in 1954...After a stint in Va were my father was stationed at the Pentagon (and assigned to the USS Kentucky BBG1 project) we were transfer in 1959 ti the San Diego area....While in High School I was member of the USS Parche Division of the US Naval Sea Cadets and a member of the California Cadet Corps ROTC program.....in 1966 I enlisted in the Army's Nike Missile Program and was stationed in Germany for 3 years...after discharge I worked as a computer technician on USN projects in the San Diego Area...working on many projects and aboard many ships...in the early 1970's I worked at the Ballistic Missile Early Warning Site I Complex in Thule Greenland for 2 years....in the mid 1970's I assigned aboard the USS Kitty Hawk CVA63 for an extended cruise deployment...........In 2005 my India born wife Swarn and the family cat Cozy relocated to the Eastern Sierra Nevada Mountains and open a full time art business (art by wayne) ..I began writing in 2007 and completed my first offering in Apr 2008 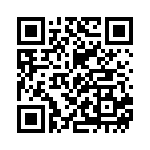