Joseph Henrich is Assistant Professor in the Department of Anthropology at Emory University. As a theorist, experimentalist and ethnographer, Henrich's work spans Anthropology, Biology, and Economics, and he has published in the leading journals in all three fields. As a field worker, he has conducted research in Peru (Amazonia), Chile, the US, and Fiji. Samuel Bowles is Professor in the Faculty of Economics at the University of Siena, and Professor Emeritus of Economics at the University of Massachusetts, Amherst. He has also been Professor of Economics at Harvard. He is Director of the Economics Program at the Santa Fe Institute, and Co-Coordinator of its Research Program in Culture and Evolutionary Dynamics. Robert Boyd is Professor of Anthropology at UCLA. He has also been Assistant Professor at Emory University and Duke University. He is a member of the editorial board of Quantitative Anthropology, Associate Editor for Evolution and Human Behaviour, and Co-director of the McArthur Foundation Preferences Project. He has published numerous articles and has co-authored two books on human evolution. Colin Camerer is the Axline Professor of Business Economics at Caltech (in Pasadena, California), where he teaches both psychology and economics. He worked at Kellogg, Wharton, and Chicago business schools before Caltech. He is the co-author or editor of three books, and the author of Behavioral Game Theory (Princeton, 2003). Camerer was the first behavioral economist to become a Fellow of the Econometric Society, in 1999, and was the president of the Economic Science Association from 2001 to 2003. Ernst Fehr is Professor of Economics and Director of the Institute for Empirical Research in Economics at the University of Zurich. He is also Director of the Ludwig Boltzmann Institute for the Analysis of Economic Growth, and a Fellow of CEPR and CESifo. In September 1999 he was awarded the prestigious Gossen prize of the German Economic Association (Verein fur Socialpolitik). Herbert Gintis is a member of the External Faculty of the Santa Fe Institute, Professor Emeritus of Economics at the University of Massachusetts, and Adjunct Professor at the Department of Politics, New York University. 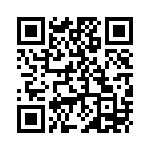