PLUTARCH. c.46--c.125 Considered by many to be the most important Greek writer of the early Roman period, Plutarch was a member of a well-to-do Greek family, a chief magistrate, a priest at Delphi, and an exceptionally well-read individual. His philosophical views were based on those of Plato and, although a Greek, he esteemed the achievements and attributes of the Romans. By the time Plutarch's works were published for the first time in the eleventh century, some had already been lost. He wrote innumerable essays on philosophical, historical, political, religious, and literary subjects, 78 of which survive today and are known collectively as the "Moralia." He is known primarily, however, for his Parallel Lives of Greeks and Romans, which consists of 50 biographies---23 of prominent Greeks, 23 of Roman leaders, and 4 separate lives---accompanied at intervals by short comparative essays. Although historical information is included in the work, Plutarch wrote it originally to inspire emulation in youth, so the emphasis is on character, moral choice, and anecdote. Sir Thomas North's 1579 translation into English of Parallel Lives became an important source for William Shakespeare which he used for three plays, Julius Caesar, Antony and Cleopatra, and Coriolanus.

Bernadotte Perrin (1847-1920) was Lampson Professor of Greek Literature and History at Yale University. 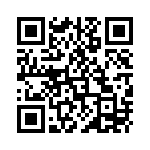