Typically for Western author, the accent again is on Greece, Serbia and Romania, while the facts about Bulgaria are nearly not mentioned. Because of that we still have problems here on the Balkans...The most bigger, powerful and cultural Medieval Kingdom on Balkans, except Romans is neglected... Its story is neglected and manipulated by the neighbors, who had suffered.
Yes, we was behind the Iron Wall and the data was hard to find, but all is free now and the National Archive is connected with Wikipedia. Do that to have peace! 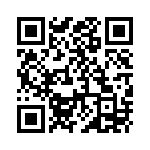