Uday Singh Mehta is Distinguished Professor of Political Science at the Graduate Center, CUNY. He is the author of Liberalism and Empire, winner of the J. David Greenstone Prize given by the American Political Science Association. 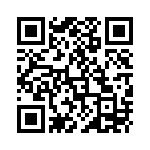