Neal Stephenson, the science fiction author, was born on October 31, 1959 in Maryland. He graduated from Boston University in 1981 with a B.A. in Geography with a minor in physics. His first novel, The Big U, was published in 1984. It received little attention and stayed out of print until Stephenson allowed it to be reprinted in 2001. His second novel was Zodiac: The Eco-Thriller was published in 1988, but it was his novel Snow Crash (1992) that brought him popularity. It fused memetics, computer viruses, and other high-tech themes with Sumerian mythology. Neal Stephenson has won several awards: Hugo for Best Novel for The Diamond Age (1996), the Arthur C. Clarke for Best Novel for Quicksilver (2004), and the Prometheus Award for Best Novel for The System of the World (2005). He recently completed the The Baroque Cycle Trilogy, a series of historical novels. It consists of eight books and was originally published in three volumes and Reamde. His latest novel is entitled The Rise and Fall of D. O. D. O. Stephenson also writes under the pseudonym Stephen Bury. 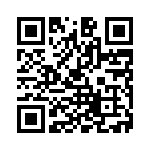