JEREMY BARRIS is Professor of Philosophy at Marshall University and author of Paradox and the Possibility of Knowledge: The Example ofPsychoanalysis. 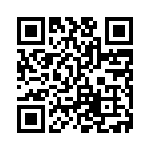