Paul Davies became the Allen & Overy Professor of Company Law at the University of Oxford in 2009 and a Fellow of Jesus College, Oxford. Between 1998 and 2009 he was Cassel Professor of Commercial Law at the London School of Economics and Political Science. He was a member of the British Government's Steering Group for the Company Law Review (1999-2001), which led to the new Companies Act 2006. He is a Fellow of the European Corporate Governance Institute. His recent books include Introduction to Company Law ( 1st edition OUP, 2002), the 7th and 8th edition of Gower and Davies' Principles of Company Law (Thomson, 2003 and 2008) and (with a group of authors from other jurisdictions) The Anatomy of Corporate Law (OUP, 2004; 2nd ed, 2009). His most recent book addressing labour law is Towards a Flexible Labour Market, (OUP, 2007, with Mark Freedland). He was elected a Fellow of the British Academy in 2000; an honorary QC in 2006 and an honorary Bencher of Gray's Inn in 2007. 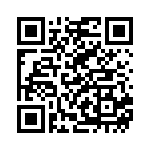