For the most part the prior reviewer is correct is castigating the misguided criticisms of the first reviewer. Indeed, on many levels, the requisite education necessary to read and study meaningfully the old classics is a thing a of the past, perhaps a requirement that is irretrievably lost. We also live in age that is permeated by almost insurmountable prejudices and thoughtlessness as well as in an age that adheres to a world-view that is not congenial to assimilating a form of political discourse that is completely alien to our modern sentiments.
Without a doubt Strauss is a profound thinker -- subtle and insightful. He offers a unique perspective and a freshness of interpretation that discloses layers of complex meaning that is closed off to the clear, but more prosaically minded political theorists the reviewer mentions (Tuck, Skinner) and other thinkers who merely remain on the surface.
Nonetheless, Strauss, for all his ingenuity, irony and subtilty, could make the task of following his complex arguments more congenial to the reader in spite of his limitations. The reviewer is correct to claim that Strauss in a sense is a clear writer; but it is the clarity of intuitive brilliance, and not the clarity of simplified ideas expressed in straightforward prose, ad usum Delphini. After all, these great political texts are indeed intrinsically difficult to understand and for several reason, and they are difficult even if one has the required intelligence, extensive erudition, interest, lack of prejudice and patience to assess them.
For example, Strauss could have greatly lessened the burdens on the reader by reducing the length of the incredibly tedious and long chapter on M. Weber, and he could have done so without any loss of meaning. Given the subtly of his meandering arguments, he could have provided summaries of his main points both before and after his core arguments are presented. At times, in fact often, Strauss shifts the meaning of his terms without indicating to the reader that such a transformation was silently undertaken. To take only one instance: in the chapter on Burke, “Natural Rights” refers at one point to the rights in the state of nature and at other times the same term refers to the rights of “civil society,” but with a completely different meaning intended. These types of ambiguities can only cause confusion and unnecessary difficulties for the reader.
It is unclear (at least to me) why the book ends abruptly with the chapter on Burke. No mention is made of subsequent thinkers who reflected deeply on “Natural Rights” such as Kant, Fichte, Schelling, and Hegel, just to mention the most illustrious. Strauss does not indicate his reason for this important omission.
Another oddity is the lack of any extensive discussion concerning the relation between Hobbes and Machiavelli. That discussion, among other things, would have prevented the error made by the reviewer from stating that Hobbes was the first to “throw down Aristotelian teleology in political science.” Machiavelli is to take the prize instead. Hobbes boasts that he is the founder of the first true political theory, whereas I believe he knew that Machiavelli would make the same claim, perhaps with greater justification.
One last point: it is an open question within scholarly debate whether Hobbes was an atheist. Indeed, Strauss himself claims he wasn’t! In this instance Strauss is not very convincing.
Samuel Attard

The other reviewer has contradictions of his own to deal with, which appear in the first sentence. How does the mere citation of "so many recondite sources" contribute to making a book "incomprehensible"? To the contrary, this is one of the most readable books on such a difficult subject. Strauss lays it out in plain language, and for those who are serious, he provides copious citations in footnotes, about one per paragraph. And the references are all to the work of the author he is discussing, or else Plato, Aristotle, et al., which are only recondite to a generation that has forgotten how to read anything other than text messages and email. If you want incomprehensible, try Richard Tuck, _Natural Right Theories_! Quentin Skinner is not much better than Tuck. Clearly, the reviewer has a religious axe to grind. Perhaps he should have paid closer attention to the passages in the beginning about the essential difference between religion and philosophy, upon which difference Strauss does take a clear position (especially in _Writing and Persecution_, but here as well, see o. 81ff). In any event, Strauss makes repeated reference throughout the book to "the second table of the Decalogue." For the reviewer for whom references to the Bible are "recondite", this is the second five of the ten commandments, i.e., the ones dealing with social relations, rather than manner of worship, which Strauss appreciatively cites as exemplary of natural law. As for the conflict between religion and philosophy, this comes out more clearly in the part of the chapter on Locke, which comes later on, where he ties Locke up in his own straps, characterizing him as speaking as he does mainly due to religious persecution. The quotation cited is paraphrase from the chapter on Hobbes, notorious as an atheist because he was the first to throw down Aristotlean teleology in political science.

Elizabeth A. Kaye specializes in communications as part of her coaching and consulting practice. She has edited Requirements for Certification since the 2000-01 edition. 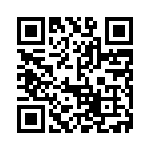