I liked this book. I am a computer programmer and love open source software. This was a good look at how open source started and about GNU and Richard Stallman in particular who were the major drivers in getting open source off the ground. Read full review

Sam Williams is a freelance writer living in Brooklyn, New York, and the author of O'Reilly's Free as in Freedom: Richard Stallman's Crusade for Free Software. He has covered high-tech culture, specifically software development culture, for a number of Web sites. From 1998-2001, he wrote "Open Season," a weekly column on the open source software community for Upside Today. He also has conducted interviews for the Web site BeOpen.com. His first book, ARGUING A.I.: The Battle for Twenty-First Century Science, was published by Random House in January 2002. Free as in Freedom is his second book. 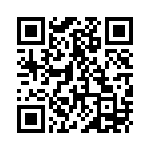