Well structured book on the life of Erasmus. Conveys that Erasmus was always trying to position himself as a peacemaker, and trying to avoid contention and violence as much as possible. However, in ... Read full review

This is a well written book. It covers a life which is difficult to describe, without allowing one's personal prejudices to come to the fore: Erasmus is one of those people about whom, it is hard not ... Read full review

Roland Bainton (1894-1984) was for forty-two years a professor of ecclesiastical history at Yale University. He was also the author of more than thirty books on Christianity. 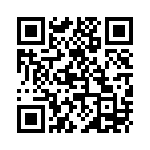