61 pages matching thought in this book

Peter Tremayne is the fiction writing pseudonym of the Celtic scholar and author Peter Berresford Ellis, who was born in Coventry, Warwickshire, England on March 10, 1943. Even though he received a BA and an MA in Celtic Studies, he decided to become a journalist and worked at numerous weekly newspapers throughout England and Ireland. In 1968, he published is first book, Wales: A Nation Again, about the Welsh struggle for political independence. He became a full-time writer in 1975 and has published over 90 books under his own name and the pseudonyms Peter Tremayne and Peter MacAlan. One of his best known works under his real name is The Cornish Language and its Literature, which is considered the definitive history of the language. In 1988, he received an Irish Post Award in recognition of his services to Irish historical studies. Under the pseudonym Peter Tremayne, he writes the Sister Fidelma Mystery series. He received the French Prix Historia for the best historical mystery novel of 2010 for Le Concile des Maudits (The Council of the Cursed). 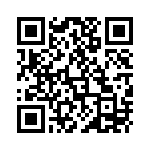