A personal story of reflection regarding the Christianity in which the author was raised and his reckoning and grappling with its roots in and complicity with slavery, white supremacy, and oppression ... Read full review

Wilson-Hartgrove (Strangers at My Door), a white minister serving at a historic African-American Baptist church near Durham, N.C., extends the arc of his previous reflections on New South faith, race ... Read full review

Jonathan Wilson-Hartgrove (MDiv, Duke Divinity School) is a writer, speaker, and activist. He and his wife, Leah, founded the Rutba House, a house of hospitality where the formerly homeless are welcomed into a community that eats, prays, and shares life together. Jonathan directs the School for Conversion, a nonprofit that pursues beloved community with kids in the neighborhood, through classes in North Carolina prisons, and in community-based education around the country. Jonathan is also an associate minister at the historically black St. John's Missionary Baptist Church. Jonathan is the coauthor of Becoming the Answer to Our Prayers, a coeditor of Common Prayer: A Liturgy for Ordinary Radicals, and the author of Strangers at My Door, The Awakening of Hope, The Wisdom of Stability, and The New Monasticism. He is also the coauthor, with Rev. Dr. William Barber II, of The Third Reconstruction: Moral Mondays, Fusion Politics, and the Rise of a New Justice Movement.

The Reverend Dr. William J. Barber II is a Protestant minister and political leader in North Carolina. He is a member of the national board of the National Association for the Advancement of Colored People (NAACP) and the chair of their Legislative Political Action Committee. Barber has served as pastor of Greenleaf Christian Church (Disciples of Christ), in Goldsboro, North Carolina since 1993. 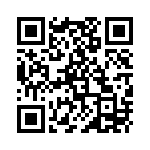