Fantastic adventure series loved by all who followed my recommendations. Still far from their homeland after escaping slavery in the icebound land of Skandia, Will and Evanlyn's plans to return to ... Read full review

{Fourth of 11 (or 12); Ranger’s Apprentice series. Fantasy, children’s, YA} (2006) Group read. Will and Evanlyn are trying to escape from Skandia and have been held up in the mountains by the winter ... Read full review

John Flanagan grew up in Sydney, Australia, hoping to be a writer. John began writing Ranger's Apprentice for his son, Michael, ten years ago, and is still hard at work on the series and its spinoff, Brotherband Chronicles. He currently lives in the suburb of Manly, Australia, with his wife. In addition to their son, they have two grown daughters and four grandsons. 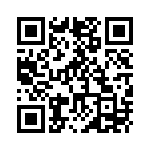