Daniel Pipes is Editor of The Middle East Quarterly and Senior Lecturer at the University of Pennsylvania. He is the author of nine books and the editor of one. 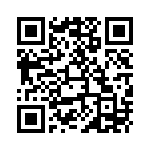