Alice Adams was born in Fredericksburg, Virginia, in 1926 and grew up in Chapel Hill, North Carolina. After graduating from Radcliffe College, she married and had a son in 1951. Adams later recalled her late 20s and early 30s as the worst years of her life. After divorcing her husband in 1958, she worked at secretarial and clerical jobs to support herself and her son. Adams published her first work of fiction when she was about thirty, and was more than forty-years-old by the time she began making a living solely as a writer. In 1982, in recognition of the twelfth consecutive appearance of her work in "Prize Stories: The O. Henry Awards," Adams won a special award for continuing achievement. The only other previous winners were Joyce Carol Oates and John Updike. A New York Times best-selling author, many of Adams's books, among them A Southern Exposure and Almost Perfect, focus on love and on women struggling to find their place in the world. Other works of Adams include the novels Medicine Men, a story that explores the relationship between doctors and their patients, and Superior Women, a compelling tale of five women who come of age during World War II. Now a San Francisco resident, Adams's work has been compared for Southern flavor to that of Flannery O'Connor and for sophistication to F. Scott Fitzgerald. 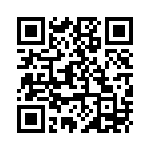