Nigel Jones is the author of TOWER and PEACE AND WAR: BRITAIN IN 1914. A former editor at History Today and BBC history magazines, He has appeared on historical documentaries on TV and radio. 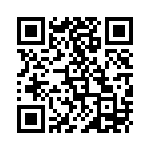