Born in Bath, England, Houselander was the second of two daughters of Wilmott and Gertrude Provis Houselander. When Houselander was six, her mother converted to Catholicism and she in turn was so baptised. Shortly after her ninth birthday, her parents separated and her mother opened a boarding house to support the family. Houselander was sent to a convent where she reported her first mystical experience. One day, she entered a room and saw a Bavarian nun sitting by herself, weeping and polishing shoes. At this time, there was much anti-German sentiment owing to the war. As she stared, she saw the nun’s head being pressed down by a crown of thorns that she was to interpret as Christ’s suffering in the woman.

In her teens, she returned home to help her mother in the running of the boarding house. Gertrude allowed a priest to stay and this became such a source of scandal that Houselander and her mother suffered ostracism in the community.

The three mystical experiences she claimed to have experienced convinced her that Christ is to be found in all people, even those whom the world shunned because they did not conform to certain standards of piety.

Houselander was a prolific writer and contributed many pieces to religious magazines, such as the Messenger of the Sacred Heart and The Children’s Messenger. Her first book, This War is the Passion, was published in 1941. For a time, she became publishers Sheed & Ward’s bestselling writer.

During the Second World War, doctors began sending patients to Houselander for counselling and therapy. Even though she lacked formal education in this area, she seemed to have a natural empathy for people in mental anguish and the talent for helping them to rebuild their world. 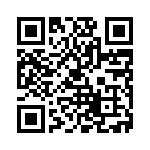