Hans Slomp, PhD, is associate professor of comparative politics at the Institute for Management Research at Radboud University, Nijmegen, Holland. 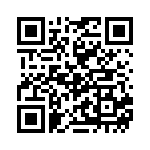