Catherine Robson is is professor of English at New York University. She is the author of Men in Wonderland: The Lost Girlhood of the Victorian Gentleman (Princeton). 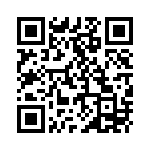