Brain Brainwashing with Nano Computers.
Venezuelan Parliament - CICPC.
Presidency.Ministers:
1. Edgar Sambrano.2. Delsa Solórzano.
3. Henry Ramos Allup.
4. Timothy Sambrano.
5. Alberto Sanguino.
We sent this request to be discussed with members of the Venezuelan Parliament.
The request includes the URL of the bill for the creation of the new law for crimes committed with nano technology.
Url:
https://docs.google.com/document/d/1Qbtmbb2bA4OMIhkVIaECzWD57IzfcPJKMRZRMtfwCNk/
Brain Brainwashing with Nano Computers.
Brainwashing subjects of studies of the human race this is done searing memory processing areas in the hypothalamus, these dying cells stop producing the electrochemical reactions that cause the individual remember to treat the evidence no sen these agencies noted or visible downloaders in nano voltaic cell bodies imitating duplication process and growth of nerve cells, the time when performing these types of duplication are nano seconds, while trying to remember the individual any event, with nano computers, disconnections occur between different areas of the brain and hypothalamus, treating the subject performing the processes of hearing, speech, sensation, vision, perception does not remember what happens or happened in time which is in courts.
Example 1: When disconnecting the processing centers of vision and connections of nerve cells in the hypothalamus, cauterization or voltaic nano downloads with varying voltages depending on how computers produce nano nano downloads voltaic cells in the optic nerves and different connections between centers, cells, the person could fail to perceive images, synapses that are not performed because the exchange mechanism is disrupted chemical transmitters which let no electrochemical reactions and stimuli from the retina and optic nerves can be sent to different areas in the brain, remembering that even when these areas are not normally would process visual stimuli, process information such as the psyche and the brain to bring information to the sceptres makes recognize the individual images in the hypothalamus and visual processing centers in areas that are explained in the neurology literature.
Various studies have shown that the processing centers atmosphere activities take information but generally the brain processes the information to then be understood.
Example 2: to communicate with the people around us, the hypothalamus and various brain regions electrochemical reactions to produce speech, some agencies treat this process is not carried out, among the techniques they use, find, burns to the processing center stimulus that occurs in the process of speaking, suppose you are going to say the words "I are burning the brain" and a security intelligence agency need not hear or speak these conversations, in fractions of nano second satellites and computers (mainframes), nano computers to transmit signals to explode, searing or irradiating the cells causing them to die.
The areas where discharges occur nano voltaic and make people talk, the conversation product and sensations nervous system is stimulated, then the subject speaks the words, this happens at the speed of light, to say the words (I - are-burned - on ....), the agency cauterized brain areas and hypothalamus, causing a word than such as nerve cells that produce this type of electrochemical downloads do not exist.
Sometime could cauterize any area where electrochemical reactions occur voltaic and nano downloads of specific words, large numbers of dying cells in different areas so the word that the subject thinks or says not to try to talk it produces different interruptions in which other cells or other areas of the brain trying to send downloads voltaic nano as a mechanism for the individual to speak. It also happens that these agencies produce electrochemical discharges and lullabies voltaic cells to grow so that the subject can do the activities that comprise the complexities of communication, vision and hearing.
Example 3: to produce genetic damage and treat the individual does

Fluent in spoken and written Japanese, Frederik L. Schodt is an author, interpreter, and translator who has written extensively on Japanese culture and Japan-U.S. relations. His classic Manga! Manga! introduced the English-speaking world to Japanese comics culture. 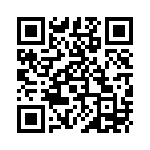