Ah the President-Elect, now the President. What to make of this complexly simple fellow is a work in progress. Like him or not we will all have to deal with this influence over the next four years ... Lćs hele anmeldelsen

I have read many biographies of our past Presidents. Trump's biography does not fit into it any of them – – maybe Warren Harding's. This book provided additional details and insights into Trump than ... Lćs hele anmeldelsen

Michael Kranish is an investigative political reporter for The Washington Post. He is the coauthor of the New York Times bestseller Trump Revealed, John F. Kerry, The Real Romney, and the author of The World’s Fastest Man and Flight from Monticello: Thomas Jefferson at War. He was the recipient of the Society of Professional Journalists Award for Washington Correspondence in 2016. Visit MichaelKranish.com.

Marc Fisher is a senior editor at The Washington Post, where he has been the enterprise editor, local columnist, and Berlin bureau chief, among other positions over thirty years at the paper. He is the author of Something in the Air, a history of radio, and After the Wall, an account of the fall of the Berlin Wall and the reunification of Germany. Fisher wrote several of the Washington Post articles that won the Pulitzer Prize for National Reporting in 2016 and the Pulitzer Prize for Public Service in 2014. Visit MarcFisher.com. 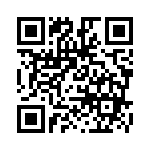