The cultural history of a fascinating city. Constantinople has long occupied a special place in the imagination of the West, viewed as a city of immense wealth, power, mystery, and decadence. Mansel ... Read full review

Mansel (Witnesses, State Mutual Book and Periodical Service, 1994) has written a highly readable anecdotal history of Constantinople during the Ottoman period. For over 1000 years, Constantinople had ... Read full review

Philip Mansel is a historian of courts and dynasties. His books include a study of the Court of France, a history of Constantinople, Paris between Empires, a life of the Prince de Ligne, and most recently, Levant: Splendour and Catastophe on the Mediterranean. He has written for numerous publications, including Financial Times, International Herald Tribune, TLS and Spectator. He is a Fellow of the Royal Historical Society and the Institute of Historical Research and editor of The Court Historian. His website can be consulted at www.philipmansel.com 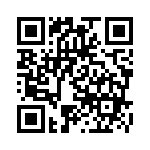