William Manchester was born on April 1, 1922 in Attleboro, Massachusetts. After serving as a Marine in the Pacific Theater during World War II, he completed his B.A. at the University of Massachusetts and earned his master's degree in English from the University of Missouri. He was a journalist for several years before becoming the managing editor of Wesleyan University's publications office. He spent the rest of his career at the University, serving in various roles including adjunct professor of history and writer-in-residence. In addition to several novels, her wrote a number of historical and biographical works. Among them are The Death of a President, which won the Dag Hammarskjold International Literary Prize and American Caesar: Douglas MacArthur 1880-1964. His last major work was a three-part biography of Winston Churchill, entitled The Last Lion. He received the Peggy V. Helmerich Distinguished Author Award in 2000. Manchester died on June 1, 2004, at the age of 82. 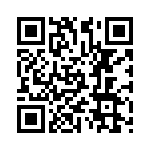