This was interesting to a point, but very many characters I had a hard time remembering who was who. Also, negative in that most of them were either done bad by, or doing bad to others. Then my mom ... Read full review

I have three absolute top favorite books of all time. This is Number One, with a bullet. This historical fiction novel of ancient Rome has it all: murder, family dysfunction, regicide, incest, gossip ... Read full review

Robert von Ranke Graves was born in 1895 in London. His Anglo-Irish father, Alfred Perceval Graves was a civil servant and sometime poet, journalist and song-writer. His mother, Amalia von Ranke, of German family, was Alfred's second wife. Each of Alfred's marriages produced five children, among whom Robert was the eighth. In 1914, shortly after leaving Charterhouse school, Robert took a commission in the Royal Welch Fusiliers. He was seriously wounded at the Somme in 1916 but had published two volumes of poetry by 1917. He married in 1918, read English at Oxford, had four children and struggled to make a living as a poet until having a great commercial success with Goodbye to All That in 1929. He separated from his wife in that year, clashed with fellow poets including Siegfried Sassoon and Edmund Blunden over the book and fled to Majorca with a mistress. Besides forced exiles during the Spanish Civil War and Second World War, he remained in Majorca thereafter, accruing 140 published books including the novels I, Claudius and Claudius the God, several more collections of poetry and his controversial musings on verse The White Goddess as well as translations of Classical works and a popular reference book The Greek Myths. He remarried in 1950, had four more children, served as Professor of Poetry at Oxford from 1961-65 and died in 1985. 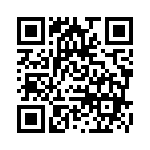