A Fish Caught in Time is sort of a social history of the coelacanth. Author Samantha Weinburg is not a paleontologist or ichthyologist, so there’s not too much about coelacanth morphology or taxonomy ... Read full review

Ah, the coelacanth. Who could possibly not love this living fossil? So old and ugly, just like me. Although people don't tend to refer to me as "The Missing Link" (I'm still at the amoeba stage). I ... Read full review

Samantha Weinberg, 31, is a writer and journalist of South African extraction who was born and brought up in London. She was features editor of Harpers and Queen and has written for most daily broadsheets. 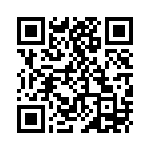