Steven Pinker is Professor and Director of the Center for Cognitive Neuroscience at the Massachusetts Institute of Technology. 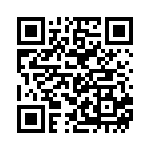