This book is life-changing, and it captures the sentiment of the anti-colonial struggle: the first time a colonized people recognizes that it has been lied to for generations, the first time the ... Read full review

A very interesting study of the devastating effects of colonization on it's subjects long after the exit of the colonizers. The french in particular do not seem to have learnt a whole lot despite the inhuman slaughter of WWs I and II. Read full review

Martinique islander by birth and a psychiatrist by training, Franz Fanon is better known as a pan-African revolutionary ideologue. His treatises on colonialism call for revolutionary confrontation with malignant colonial regimes, where necessary on the battlefield, and, more important, for the eradication of the most invidious form of colonialism, namely, colonial mentality. Fanon holds that this mentality prevents the African and the black person everywhere even from being aware of the seriousness of the social and personal deprivations of his or her colonized status. Fanon found his voice when he worked for the Algerian revolutionaries during the Algerian War of Independence against the French. Not only did he become deeply involved in the Algerian struggle, he also emerged as its principal ideologue and formulated his anticolonial writings from the Algerian experience.

Sartre is the dominant figure in post-war French intellectual life. A graduate of the prestigious Ecole Normale Superieure with an agregation in philosophy, Sartre has been a major figure on the literary and philosophical scenes since the late 1930s. Widely known as an atheistic proponent of existentialism, he emphasized the priority of existence over preconceived essences and the importance of human freedom. In his first and best novel, Nausea (1938), Sartre contrasted the fluidity of human consciousness with the apparent solidity of external reality and satirized the hypocrisies and pretensions of bourgeois idealism. Sartre's theater is also highly ideological, emphasizing the importance of personal freedom and the commitment of the individual to social and political goals. His first play, The Flies (1943), was produced during the German occupation, despite its underlying message of defiance. One of his most popular plays is the one-act No Exit (1944), in which the traditional theological concept of hell is redefined in existentialist terms. In Red Gloves (Les Mains Sales) (1948), Sartre examines the pragmatic implications of the individual involved in political action through the mechanism of the Communist party and a changing historical situation. His highly readable autobiography, The Words (1964), tells of his childhood in an idealistic bourgeois Protestant family and of his subsequent rejection of his upbringing. Sartre has also made significant contributions to literary criticism in his 10-volume Situations (1947--72) and in works on Baudelaire, Genet, and Flaubert. In 1964 he was awarded the Nobel Prize in Literature and refused it, saying that he always declined official honors. 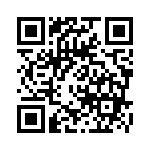