86 pages matching wrote in this book

Husband-and-wife investigative reporters view Las Vegas as our shadow capital, a sordid symbol of the greed, corruption, and falseness that permeate the country.Like confident boxers, Denton and ... Read full review

Sally Denton, an award-winning investigative reporter in both print and television, has written for the New York Times, the Washington Post, and the Chicago Tribune. She is the author of The Bluegrass Conspiracy: An Inside Story of Power, Greed, Drugs, and Murder. She lives in the Southwest with her husband, who is her coauthor, and her three sons. Roger Morris served on the senior staff of the National Security Council under Presidents Johnson and Nixon, until he resigned over the invasion of Cambodia. He has won several national journalism prizes, including the Investigative Reporters and Editors Award for the finest investigative journalism in all media nationwide. He is the author of several books on history and politics, including Richard Milhous Nixon: The Rise of an American Politician, which was short-listed for both a National Book Award and a National Book Critics Circle award. 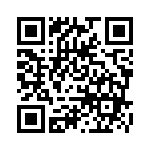