James Chapman is Senior Lecturer in Film and Television History at The Open University. His books include The British at War: Cinema, State and Propaganda, 1939-1945, Licence to Thrill: A Cultural History of the James Bond Films and Saints and Avengers: British Adventure Series of the 1960s, (all by I.B.Tauris). 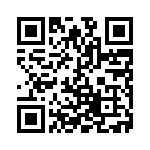