Professor Blinder is Professor Emeritus of Chemistry and Physics at the University of Michigan, Ann Arbor and a senior scientist with Wolfram Research Inc., Champaign, IL.. After receiving his A.B. in Physics and Chemistry from Cornell University, he went on to receive an A. M in Physics, and a Ph. D. in Chemical Physics from Harvard University under Professors W. E. Moffitt and J. H. Van Vleck.
He has held positions at Johns Hopkins University, Carnegie-Mellon University, Harvard University, University College London, Centre de Méchanique Ondulatoire Appliquée in Paris, the Mathematical Institute in Oxford, and the University of Michigan.
Prof Blinder has won multiple awards for his work, published 4 books, and over 100 journal articles. His research interests include Theoretical Chemistry, Mathematical Physics, applications of quantum mechanics to atomic and molecular structure, theory and applications of Coulomb Propagators, structure and self-energy of the electron, supersymmetric quantum field theory, connections between general relativity and quantum mechanics. 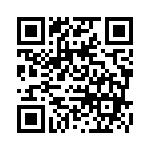