Laurie Winkless is a physicist and writer, currently based in London. Following a degree at Trinity College Dublin, a placement at NASA's Kennedy Space Centre, and a masters in Space Science at UCL, Laurie worked at the National Physical Laboratory, specialising in materials. Thermoelectric energy harvesting – where heat is captured and converted into electricity – was her bag, and remains a favourite topic of conversation.

Laurie has been communicating science to the public for more than a decade, working with schools and universities, the Royal Society, Forbes, and the Naked Scientists, amongst others. She's given TEDx talks, hung out with astronauts, and appeared in The Times magazine as a leading light in STEM. Science and the City is her first book. 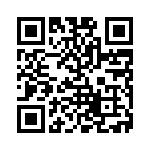