Terry E. Miller began visiting covered bridges with his father, Max T. Miller, in 1953 and has since visited more than 1,000 in the United States, Canada, Europe, and China, and researched the bridges of two Ohio counties from dusty handwritten journals. Miller spent his career teaching Ethnomusicology at Kent State University in Kent, Ohio, retiring in 2005. In addition to his research and writings on the music of mainland Southeast Asia, he is the coauthor of the popular textbook "World Music: A Global Journey."
Ronald G. Knapp is a historical-cultural geographer at State University of New York at New Paltz, where he taught from 1968 to 2001. For the past forty-five years his research has focused on China's frontier history and Chinese vernacular architecture, with many books that celebrate these traditions. His book, "Chinese Bridges: Living Architecture from China's Pas"t introduced China's covered bridges to Western readers and has served as the model for "America's Covered Bridges: Practical Crossings--Nostalgic Icons. 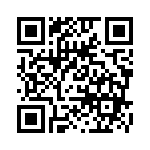