From Pulitzer-winning novelist Kennedy (Very Old Bones, 1992, etc.), over 80 articles, reviews, interviews, and miscellaneous pieces—``a chorale of my own assumed voices.'' Before, during, and after ... Read full review

Reading this book is a little like reading the Sunday papers. Between the covers is an amalgam of news stories; human interest pieces; music, dance, and travel items; personal essays; an obituary; and ... Read full review

William Kennedy (b. 1928) is an American author and journalist. Born and raised in Albany, New York, he graduated from Siena College and served in the US Army. After living in Puerto Rico, Kennedy returned to Albany and worked at the Times Union as an investigative journalist. He would go on to author Ironweed, Very Old Bones, and other novels in his celebrated Albany Cycle, and earn honors including a Pulitzer Prize, a National Book Critics Circle Award, and a New York State Governor’s Arts Award. 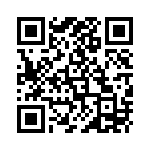